In 2015 Umbrella Works began working with Mary Gersemalina of ChasingMailboxes.com to design the finishers patch for the Coffeeneuring Challenge.

Coffeeneuring is an annual bicycle challenge where over the course of 7 weeks, participants essentially ride their bikes at least two miles for a cup of coffee and take a picture as “proof.” Doug was interviewed in October of 2015 about his participation in the challenge, and his work as the designer of several patches. 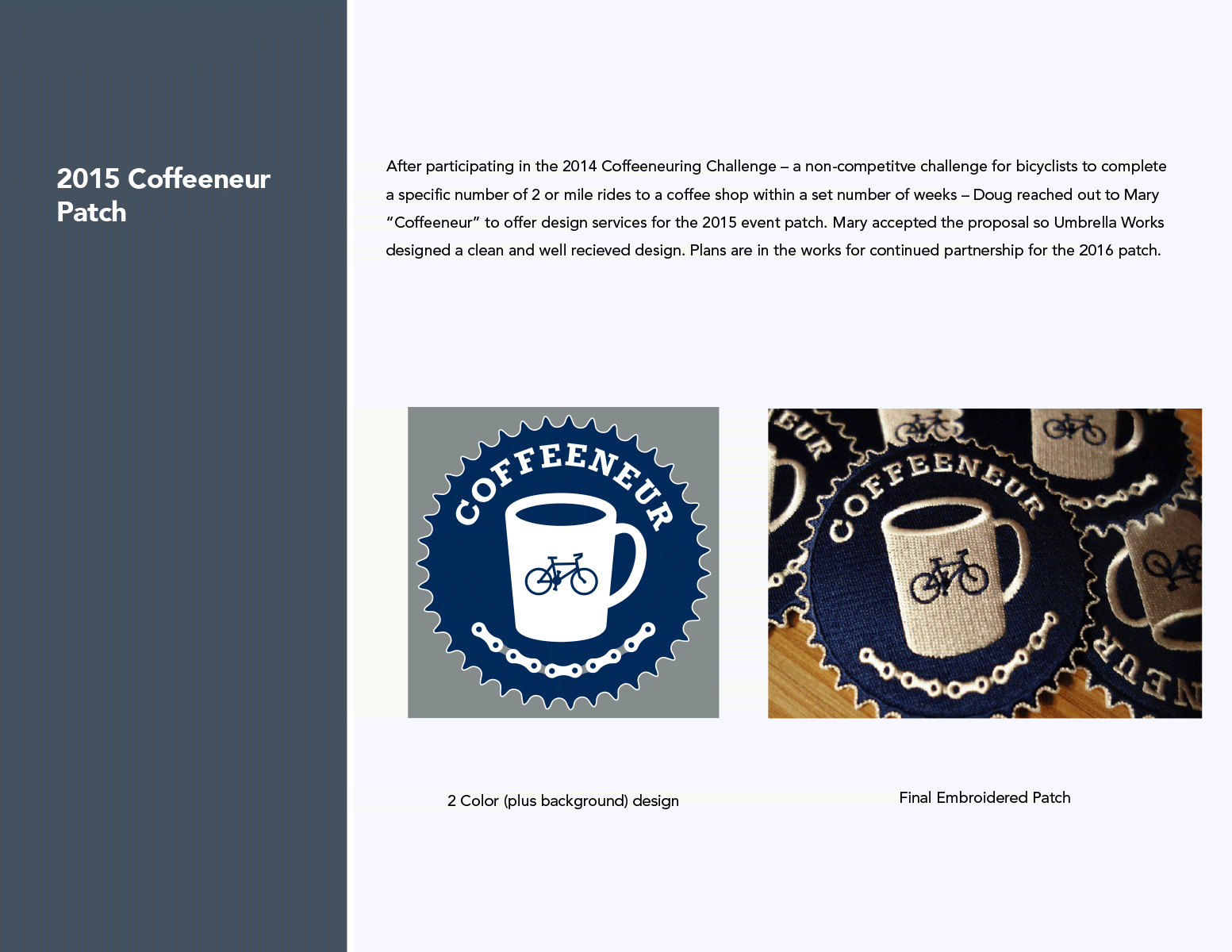 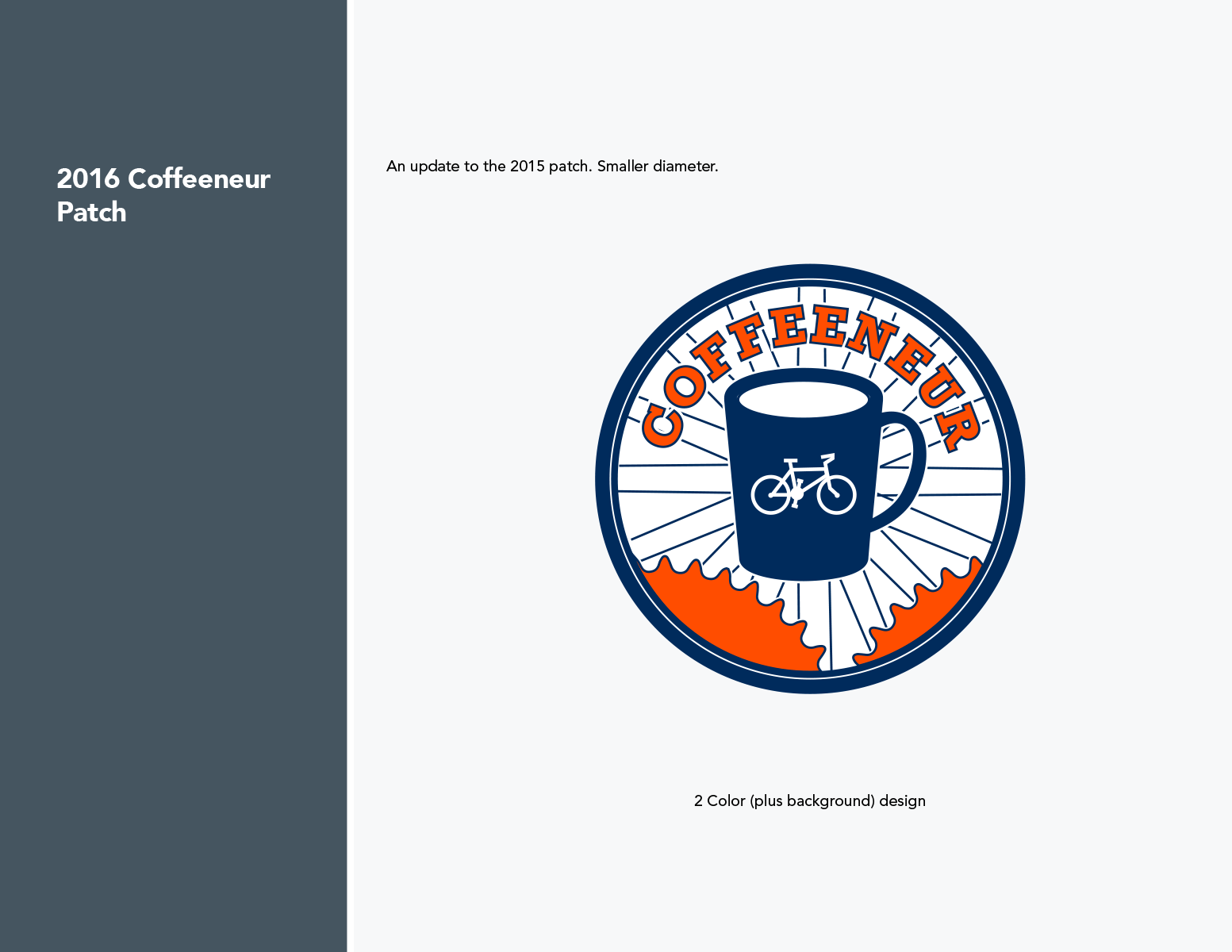 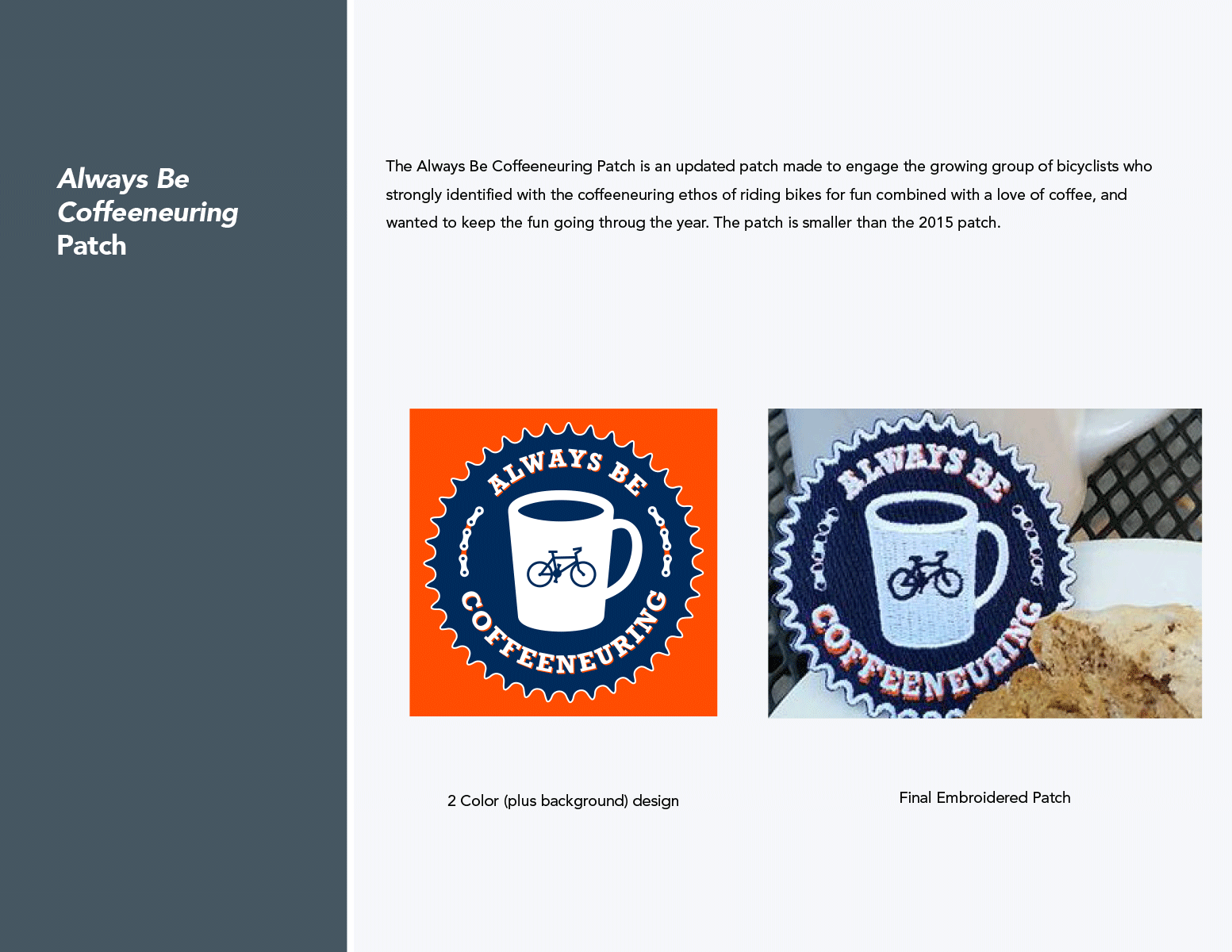 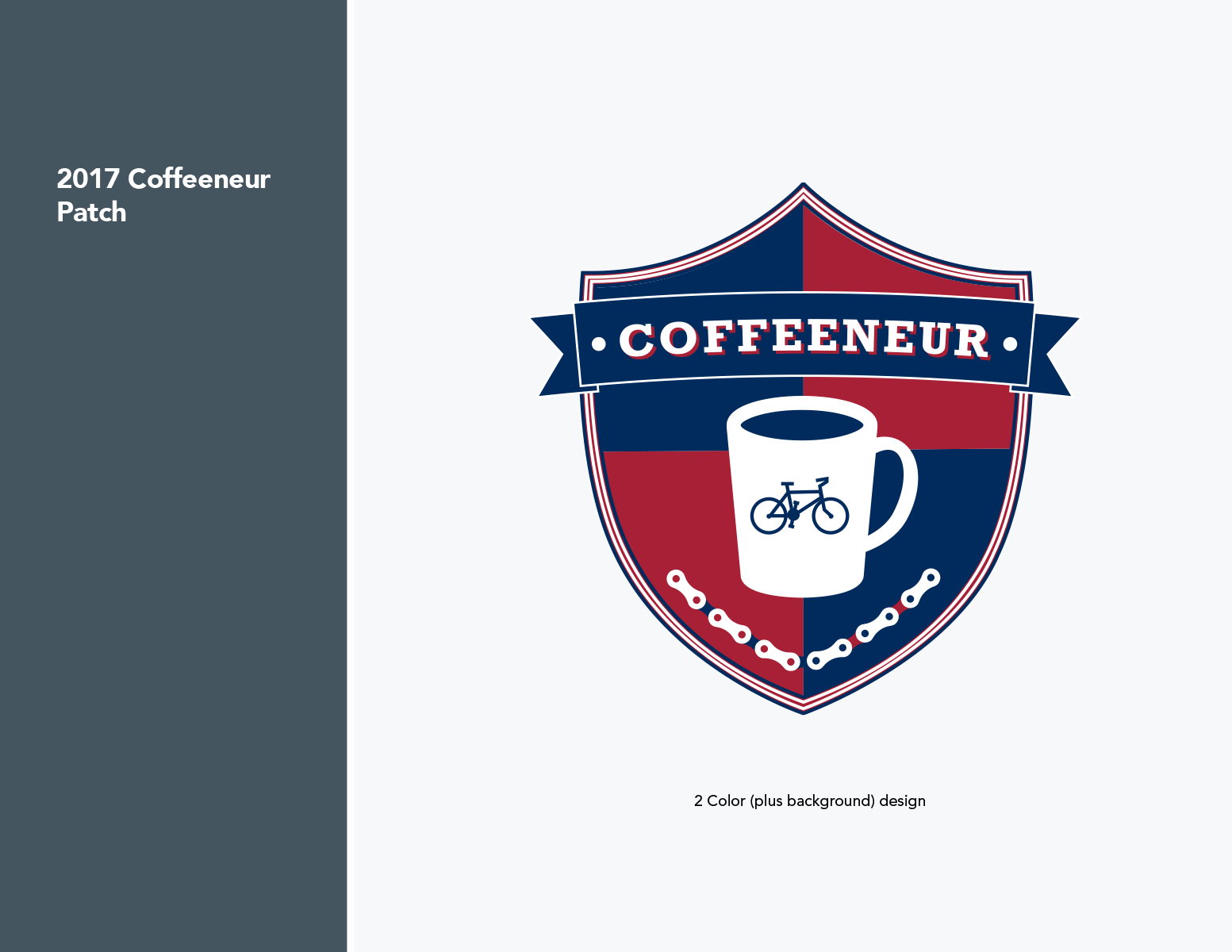 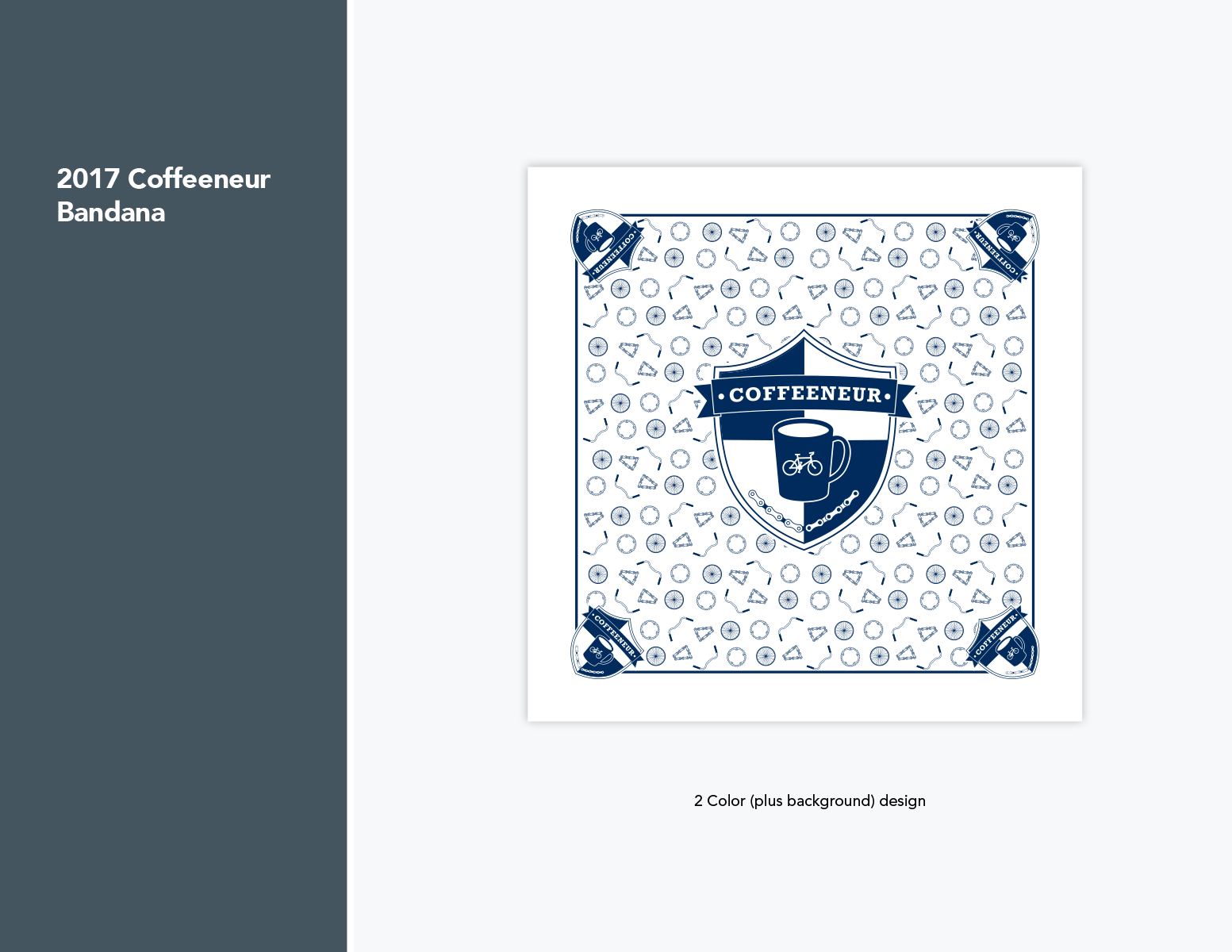 Are you ready to know more?

Are you looking for a creative studio to help you solve your communication problems, or to help you define your look?